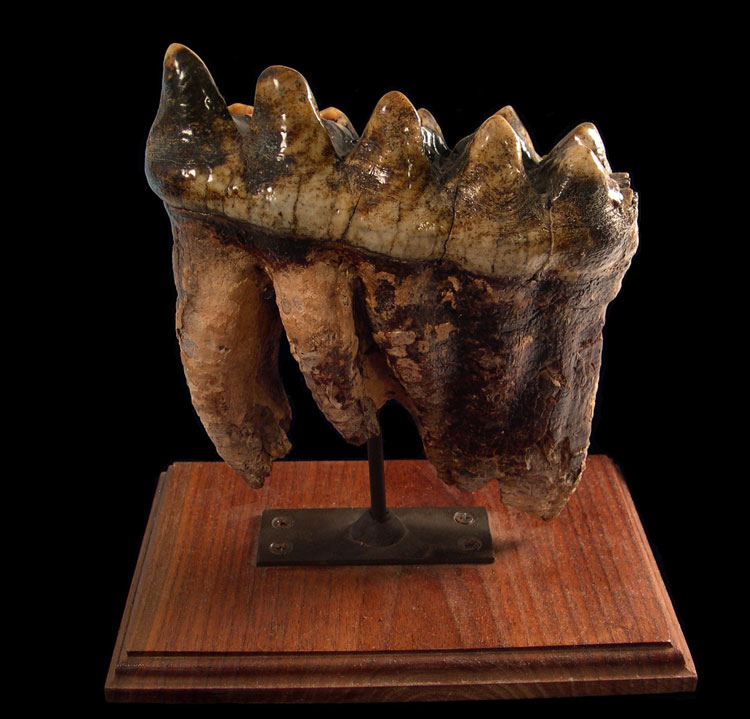 Mastodons were elephant-like creatures that thrived long back – somewhere between 30 million years ago and 10,000 years ago. They were majestic species that still invoke curiosity among researchers and fossil enthusiasts. So, for the nest time, if you see mastodon tooth for sale, it should not come as a shock.

In this blog, you will get to read all about these giant animals.

Mastodons can be called prehistoric elephants that were ancient ancestors of present-day elephants. They were tall, and they were heavy too. Their estimated length was somewhere between 7 and 10 feet and they weighed around 5 tons. The best part is, they were not cruel at all and survived on pure vegetarian diets.

Were mastodons same as mammoths?

No. They were not. This has been a topic of discussion since long. Due to their lots of similarities in terms of appearance, many people think they are the same. Some may think that they are not exactly the same but belong to the same species. None of these assumptions are anywhere close to truth. Mammoths are completely different.

Coming to what they ate, they ate different things as well. Both were herbivores but their food choices were not same at all. While mastodons crushed vegetation with their cone-shaped molars, mammoths used to cut plants more like present-day elephants using their ridged molars.

Where did they live?

Mastodons were residents of North and Central America who later spread to the other parts of the globe. They reached almost everywhere, leaving Australia and Antarctica as exceptions. They loved staying in woodlands with green valleys and kept thriving before they went extinct 10,500 years ago.

How did they disappear?

This is another controversial question that doesn’t have a clear answer. There are different theories revolving around their extinction. Climate change still stays as the preferred reason to blame as it receives the most votes. Many scientists believe that it happened due to warming up of our planet by the end of the ice age.

Some even blame humans for hunting them excessively that led to their extinction. There is another tuberculosis theory that suggests that it happened due to a tuberculosis pandemic. Whatever be the reason, they are no more among us. That’s today’s reality.

Mastodons and mammoths may look the same to a newbie at the first glance but they are not the same at all. Mastodons were different species that make fossil enthusiasts look for mastodon fossils even today. They had a rich history and continue to be an integral part of today’s research papers and articles.

In case you’re also looking for mastodon tooth for sale, feel free to reach out to us or browse through our collection.