*** Note - Free shipping excludes international orders of books, frames, and a few other heavy items (total order weight over 8 ounces). I will apply all discounts prior to processing orders. International orders - please inquire about postage cost for orders under $100 that include multiple items. Website may over calculate postage. 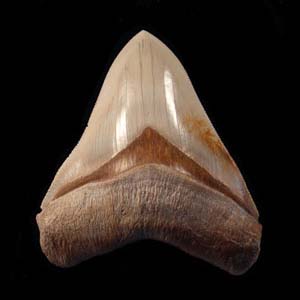 Fossil of the Month - Complete Listing 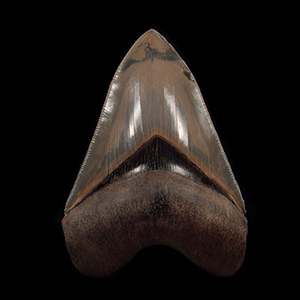 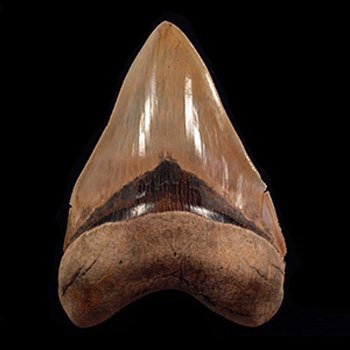 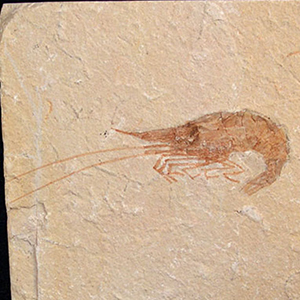 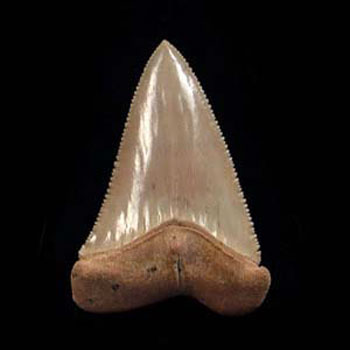 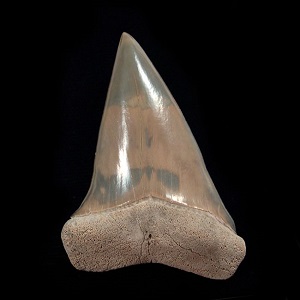 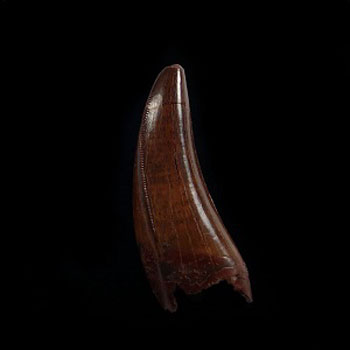 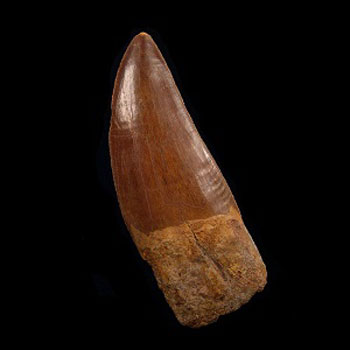 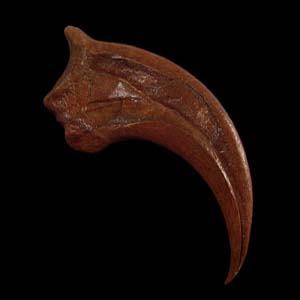 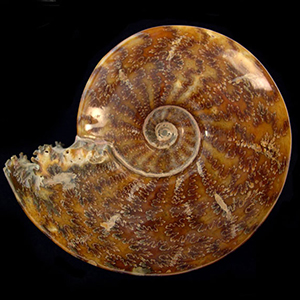 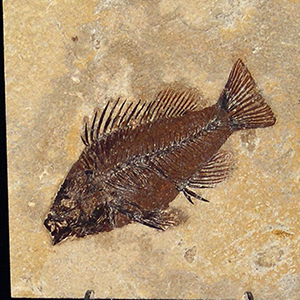 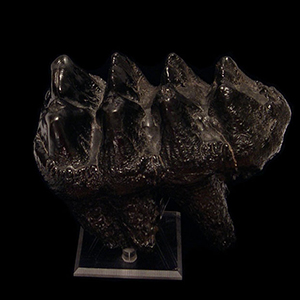 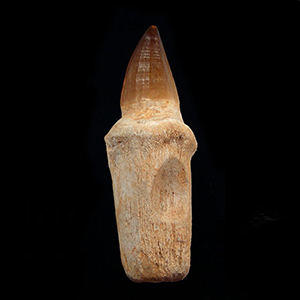 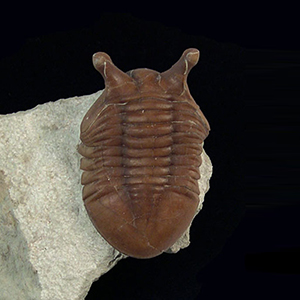 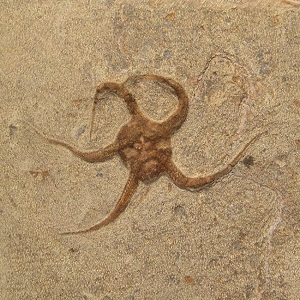 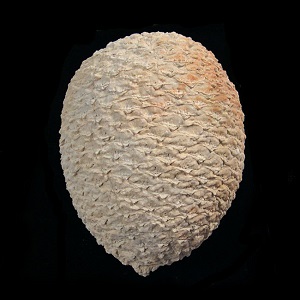 Some of the greatest animals to roam the earth lived millions of years ago. Yet we can still find remnants of their lives in the form of fossils. Fossils are one of the most interesting ways to learn more about those that came before. It is amazing that we can still find fossils of dinosaurs and other animals, fish, and reptiles that have been extinct for millions of years. The excitement you feel when you touch and examine a fossil can be exhilarating. Whether you are a collector or want to get started, you can buy fossils for sale online. And if you want to promote STEM and the sciences by buying quality fossils as meaningful gifts for your children or grand children.

There are many types of fossils for sale. You can choose from a large variety of different fossils, depending on your interests. Some of the most interesting fossils include Megalodon teeth, shark teeth, dinosaur teeth, mosasaur, ammonite, trilobites, fish, bear, mastodons, mammoths and more. Fossilized teeth are among the most popular because they are made to withstand time. They have lasted millions of years longer than the animals that they belonged to. Teeth range greatly in size, depending on the type of animal they came from. Some teeth are quite small while others are rather large. You can start or add to your collection of teeth and fossils when you purchase fossils for sale.

Fossils are the preserved traces of an animal or plant life that existed many years ago. The animal or plant was pressed into the rock as it formed in the earth over time. The remains left indentations that show the plant or animal’s shape or skeleton form. Fossils are quite fun to collect because each one is a unique treasure. They are each a window into the past that shows some type of life that existed millions of years before our society. Many of the fossils that are discovered are of animals or plants that are extinct today. The only way we can learn about them or even know of their existence is through fossils. Fossils used to be seen only in museums or special exhibits. Today, you can collect them by purchasing fossils for sale. You don’t have to be an archeologist to collect fossils. They are now available to anyone who is interested in starting or adding to their collection. Hobbyists around the world are interested in collecting fossils. There are some fossils that are easy to find and others that are rare. As you begin your collection you can start with some of the most common fossils for sale and add to your collection as you go along. You can find some fossils and animal teeth for under $50. This makes the hobby quite affordable. It is fun to locate new fossils for your collection and learn something about the animal at the same time. The hobby is exciting for adults and children alike. It is a hobby that can last a lifetime. You can shop in our online store to find new and interesting fossils for your collection.

Shark teeth have been collected for many hundreds of years. Shark teeth have been used for making tools and weapons for thousands of years as well as for blades as a forerunner to the modern knife. In the middle ages, shark teeth were thought to be a cure for poison and as such they provided protection. They were thus worn as necklaces to protect the wearer from harm. Today, people still wear shark teeth as symbols of good luck. You can find many modern and fossilized shark teeth for sale online. When you choose shark teeth, look for size, color, and rarity. Modern shark teeth are white. The whiter the tooth the more desirable it is to collectors. The larger sized shark teeth are generally rarer because they came from a larger shark. If you are just starting out a fossil collection you will certainly want to include a Great White tooth. You can find some smaller, more common Great White teeth at very reasonable prices. As you increase your collection you will want to upgrade to a much rarer and more significant Great White tooth. View photos of the tooth before you decide. You can compare a variety of different teeth to choose the one that best fits your collection and your budget. You may want to add several of these teeth to your group.

The megalodon shark is considered the largest shark that ever lived. It is a prehistoric shark that lived millions of years ago during the Pliocene and Miocene periods. They were one of the most common sharks in the world and therefore you can find a Megalodon tooth for your collection without too much difficulty. The Megalodon is considered to be the largest of all prehistoric sharks reaching up to a whopping 60 feet in length.

About the Megalodon Shark

When you see a Megalodon tooth you will understand the enormous size of the species. The shark’s teeth can measure up to 7 inches in size, but most are slightly smaller than that. The Megalodon shark tooth is heart-shaped with serrated edges. The name Megalodon means large tooth.

It could easily chomp on huge prehistoric whales and other prey. They could easily bite down on almost any other fish or reptile that it encountered. It could crush the head or body of most prey that it came up against. It was likely that the shark attacked the prey in the fins to disable it and then was able to enjoy the meal.

The Megalodon was found to occupy all the oceans including warm waters. They could be found all over the world and were hampered from inland areas only by their large size. As a result, the Megalodon tooth has been found in all parts of the globe.

The Megalodon shark was one of the most common sharks of their period and thus there are likely many teeth available. They may come from many parts of the world and are quite interesting. Most every fossil collector wants to have a large prehistoric shark tooth as part of their display. When choosing prehistoric shark teeth there are several factors to consider. These include the size, condition, color, and rarity. These factors combined will determine the price of the tooth. You can find shark teeth at affordable prices. The largest size shark teeth are the least common and therefore often the most sought after by collectors. They can be upwards of 7 inches in size, easily making them the largest shark tooth in anyone’s collection. Most are in the 6-inch range. Choose a tooth that has good color and definition. The best specimens are those that are in good or excellent condition with no cracks or damage. Some of the best shark teeth have been found in locations including Florida, Georgia, North Carolina, South Carolina and California in the United States. Many have also been made available from Chile and Peru although they are also found in a variety of other locations around the world.

Collecting shark teeth is one of the most interesting and fun hobbies for kids and adults alike. Sharks are always shedding their teeth and growing new ones, so they can go through many teeth during their lifetime. Shark teeth are the only part of a shark that is fossilized. They are some of the most common types of fossils and are particularly interesting for beginning as well as seasoned hobbyists. You can purchase a wide variety of shark teeth for sale online.

Different species of sharks have different types of teeth. Some of the oldest sharks have been dated using their fossilized teeth and may date back as far as 450 million years. Some of the most commonly found shark teeth for sale are from the Cenozoic era. The price of the teeth is based primarily on the rarity of the tooth as well as the condition and size. Some of the rarest shark teeth for sale can cost thousands of dollars but you can begin your collection with some less expensive teeth that are under $100. Some of the most popular fossil shark teeth include Megalodon, Chubuntensis, Angustindens, Auriculatus, Great White, Mako, Snaggletooth, Otodus, and Paleozoic among others. You can learn quite a bit about a shark by viewing his teeth. For example, you will be able to tell what type of food they likely ate and even where they may have lived. Some teeth are designed to be used on prey that is difficult to crush, such as crustaceans. These sharks generally feed on the bottom of the ocean. Pointed or needle teeth are likely used by sharks that feed on other fish and likely live in the middle portion of the ocean. Some teeth are serrated to make it easy to chew larger prey. You can classify the type of teeth to determine the shark they belonged to and where they likely lived.

What to Look for When Buying Shark Teeth

There are some important things to look for when you consider choosing shark teeth for sale. The size of the tooth is determined generally by the type of shark from which it came. When you find an extra-large tooth, it was very likely from a large shark and may be rarer than others. Look at the quality of the fossilized shark tooth. High-quality teeth are probably going to be worth more, especially when combined with rarity. However, you can find some good quality shark teeth that may be slightly less expensive to add to your collection. Size is another important factor to consider when choosing shark teeth. They can range in size depending on the species of shark. The color of shark teeth can also vary. You will want to do some research on the various types of teeth that are available. As you add to your collection you will begin to start looking for specific types of teeth. You can find a large selection of shark teeth on our website.

If you are looking to expand your new-found interest in sharks, find megalodon tooth for sale on… 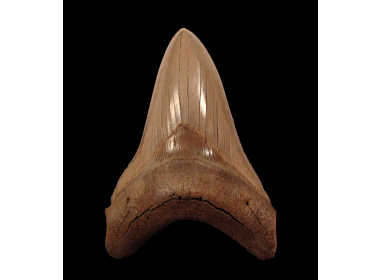 You could make a lot of money in the future if you wish to sell them. So start investing and get… 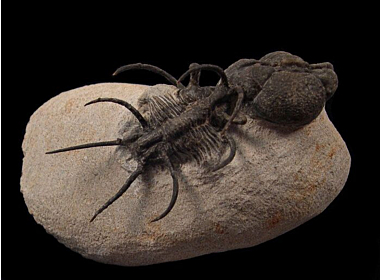 Today, the love of dinosaur fossils is rising. Everyone wants the best deal offering of… 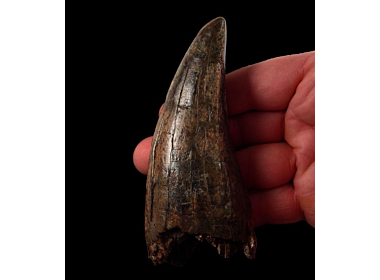