Geologic Time Scales and Fossils of the Past 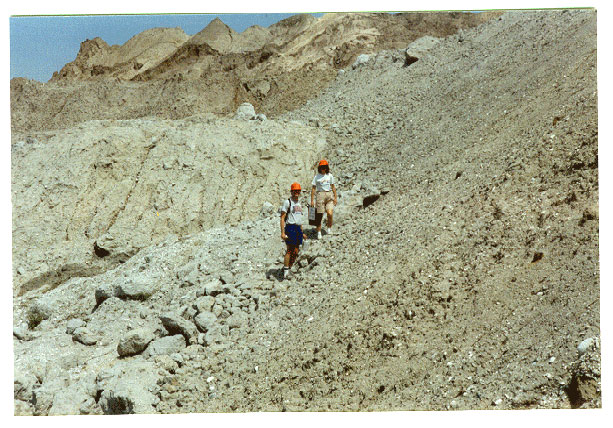 Geologic time is the immense span of time that has elapsed since Earth first formed- almost 5.5 billion years ago-to recent times. The geologic time scale is a way of putting Earth’s vast history into an orderly fashion, giving a better perspective of events. At the turn of the nineteenth century, William Smith, an English Canal Engineer, proposed that the lowest rocks in a cliff or quarry are the oldest, while the highest are the youngest.

By observing fossils and rock type in the various layers, it was possible to correlate the rocks at one location with those at other location. These finding along with the first discoveries of dinosaur fossils, led to a framework that scientist still use today to divide Earth’s long history into geologic time scales.

What are the geologic time scales?

The table below is a listing of the geologic time table based on current interpretations of rocks and fossils:

What are the Paleozoic, Mesozoic, and Cenozoic eras?

The division between the Mesozoic and Cenozoic, about 65 million years ago, also represents a major extinction of plant and animal species, including dinosaurs.

If you found this blog post interesting and would like to know more about various prehistoric time scales and how dinosaurs became instinct – stay tuned for more upcoming blog posts. Buried Treasure Fossils is your one stop destination for all things fossil related. If you are looking for dinosaur bones clip art or dinosaur fossils art; you’ve come to the right place. Check out our vast collection of dinosaur fossils and clip arts.