Facts AboutVelociraptor You May Not Be Aware Of 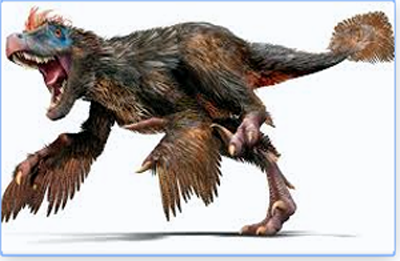 Some millions of years ago, different species of dinosaurs roamed around the earth that is today home to homo sapiens and thousands of other creatures. Dinosaurs may have been wiped off of the earth’s surface, but we still know a lot about these wondrous creatures, all thanks to fossils and science! If you have watched ‘Jurassic Park’ you must know about the Velociraptor dinosaur or raptor as it is the first dinosaur seen in the movie! These creatures lived and breathed during the end of the Cretaceous Period about 75 to 70 million years ago.

Velociraptor is among the most bird-like creatures ever discovered when it comes to dinosaurs. It was surprisingly small but very fast and vicious. The creature had a sickle-shaped claw on one toe on both feet which played a significant role in making the Velociraptor dinosaur a formidable predator! It also had a special bone in the wrist area allowing it to swivel the wrists sideways in what may be called a flapping motion. It was also capable of folding its arms against the body like a bird.

Here are some must-know facts about Velociraptor:

1. The dinosaur was no bigger than a big chicken in size! So, for a creature that is mostly mentioned along with T-Rex, Velociraptor dinosaur was puny looking. It weighed about 30 pounds and was only 2 feet tall. It would actually take about 500 Velociraptors to equal the weight of an adult T-Rex.

2. We all remember the ‘Jurassic Park’ scene where a Velociraptor(“raptor”) figures out how a doorknob is turned by itself! Exaggeration is the word! These creatures were not actually that smart and it is safe to say that no reptile whether extinct or not, has ever learned to use tools, American alligators being a possible exception.

3. Whether Velociraptor hunted in packs or not is widely debated. All the identified Velociraptor specimens have been that of solitary creatures. The idea probably originated after the remains of Deinonychus were discovered in North America. This bigger raptor may have ganged up on its prey, but we do not have any evidence to say the same about Velociraptor!

4. Paleontologists believed Velociraptor dinosaur had feathers as they had quill knobs on their bones, like birds found today. Artists have taken the liberty of depicting the dinosaur with green plumage as possessed by South American parrots to pale chicken like tufts! While either may not be the case, Velociraptors definitely did not have scaly, reptilian skin as you must have noticed in ‘Jurassic Park.’

5. Velociraptor had 3 inch long claws on both its hind feet which were used by the creature to jab at and disembowel its prey. In sudden attacks, the dinosaur stabbed its prey in the gut area and ran to a safe distance letting the victim bleed to death.

You must check out Buried Treasure Fossils for an awesome collection of rare Velociraptor dinosaur (“raptor”) teeth. We guarantee authenticity!