The Secret Behind The Popularity Of The Tyrannosaurus 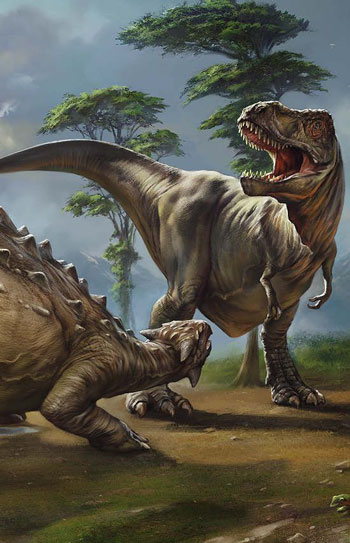 Think about dinosaurs and the first image that usually crops up in the minds of the masses is a picture of the king of the dinosaur species; the Tyrannosaurus rex.

When it comes to popularity contests in the dinosaur race, the ruthless, humongous T. rex always steals the limelight. Why is it so? What makes it superior to other dinosaurs that walked the surface of the earth millions of years ago? Why do tyrannosaurus bones and fossils continue to fascinate researchers and paleontologists even now? Let’s have a look at these interesting questions:

The Story Behind T-rex’s Popularity

The T. rex has boggled the minds of people across the globe ever since its fossils were discovered in 1874, and then in the first few years of the 20th century. News about these multiple discoveries spread far and wide because of the availability of mass media and communication technologies, which weren’t as developed earlier. As it was one of the earliest species to be discovered, it got a head start over its counterparts.

In addition to this, well-preserved skeletons (recovered in 1900) with only a few tyrannosaurus bones missing ensured that these could be displayed in museums as well as exhibited before large crowds. Very little was left to the imagination, unlike other dinosaurs whose form had to be reconstructed digitally based on only a few available fossilized bones.

Interest in the T. rex went through the roof in the 1960s when more than 42 skeletons were discovered in Western North America. In the 1990s, two of the most complete skeletons were also found. These skeletons even have names: Sue and Stan!

The former was named after the paleontologist who discovered the Tyrannosaurus skeleton, Sue Hendrickson. Auctioned off for $7.6 million, it is one of the most expensive dinosaur skeletons to exist in the world and the Field Museum of Natural History spent more than 25,000 hours cleaning it; to make it presentable for display to the world at large.

In addition to the dinosaur’s aggressive bite force that is estimated to be stronger than any other terrestrial animal, no discussion about the curious fame of the T. rex can be considered complete without talking about its depiction in pop culture. The T. rex has made its way into movies, comic books, cartoons, and more and the world simply went crazy when Jurassic World and Jurassic Park ruled the screens! The brutal animal scared them and yet, they wanted to see and learn more about it, thronging museums to get a glimpse of tyrannosaurus bones and fossils.

Its sheer strength, the fact that its name itself translates into ‘lizard king’ and its depiction in flicks as early as 1918 had people enamored and hooked. And even after all these years, people continue to be interested in this big creature that lived before us!