How Different Were The Real Velociraptors From Their Silver Screen Versions: 3 Things The Movies Got Wrong 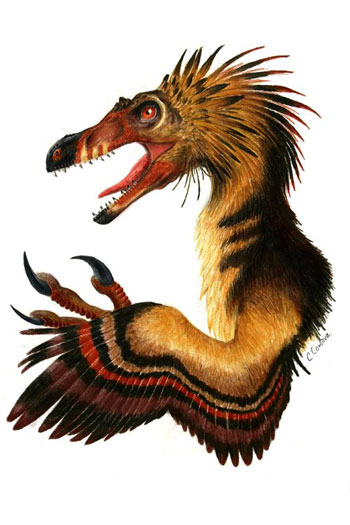 Velociraptors were carnivorous dinosaurs that existed around 75 million years ago. For many years, they were a significantly unknown and obscure genus of dinosaurs until the first movie of the Jurassic Park series came out in 1993 and made them a household name. Responsible for terrorizing the human characters in the movie, they were definitely one of the most frightening and memorable dinosaurs ever introduced in the series. However, their representation was less than accurate. Turns out, the ferocious beasts were in reality much different from what the movies led us to believe. Although to be fair, now scientists know a lot more about them than they did in 1993. But anyway, here are 3 things that Jurassic Park got wrong about velociraptors:

One thing that was known about the raptors even in 1993 was their size, and yet the movie got it wrong, and how. In reality, velociraptors were only about the average size of a dog or turkey. They were definitely not as big as the ones that were shown on screen.

Well, it wasn’t exactly known back in the early ’90s that the real velociraptor dinosaur was feathered, much like the birds we see today. In fact, birds have descended from dinosaurs! The scaly appearance of the raptors shown in the movies was surely frightening but also incorrect.

One characteristic of the Jurassic Park raptors that made them so scary was the fact that they were shown as intelligent creatures who demonstrated strategic thinking. But in reality, they were pretty dumb. In fact, studies on their brain showed that they were not much smarter than emus.

Are you as fascinated by these prehistoric creatures as we are? How about you bring home a piece of them? Now, you can buy real velociraptor dinosaur teeth, only at Buried Treasure Fossils.