Facts About the Woolly Mammoth That Will Blow Your Mind 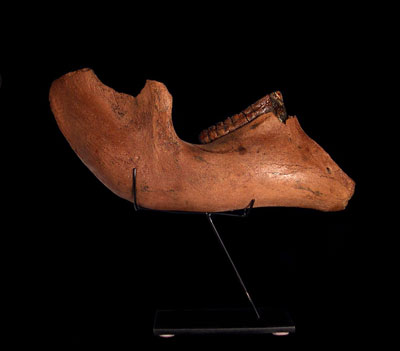 Remember Manny from the Ice Age movie series? The aloof, grumpy, and standoffish character, who is otherwise loving and courageous, is in fact, a Woolly Mammoth. The species were ancestors of the modern elephant that evolved from the genus Mammuthus and first appeared 5.1 million years ago in Africa. While the colloquial understanding of the word “mammoth” alludes to being obscenely huge, these species are understood to be approximately the same size as present-day Asian elephants.

Also known as Tundra mammoth, these herbivorous mammals weighed around 6 tons and fed on about 500 lbs of plants, grass, aquatic shrubs, and trees per day. They were usually found in areas of Northern Asia, various parts of Europe, and the northern regions of North America during the Pleistocene epoch, which was very similar to modern Russia’s grass steppes.

If you are already intrigued by these facts about Woolly Mammoth, here are a few more fascinating facts about these creatures that will blow your mind!

Their Tusks Were Up to 14 Feet Long

Woolly Mammoths are often characterized by their long tusks, which measured up to 14 feet. You’d be surprised to know that these huge appendages were mostly used for or manipulating objects, fighting, and foraging. The largest known male tusk is (14 ft) long and weighs 201 pounds. Female tusks were smaller and thinner, ranging between 4.9–5.9 feet, and weighed 20 pounds.

They Were Hunted by Early Humans

The Woolly Mammoth is known to coexist with early humans, and despite their massive size, they were coveted by early humans for their warm pelts. Additionally, they used the creature’s bones and tusks for making art, tools, and dwellings, and hunted the species for food. While the extinction of these creatures can certainly be linked to over-hunting by humans, factors like climate change also contributed to Woolly Mammoth’s disappearance.

They Were Not the Biggest Species

While there’s “mammoth” in the name of the creatures themselves, they weren't the largest species prevalent and were outcasted in weight and size by other Mammuthus species. Imperial mammoth (Mammuthus imperator) males weighed over 10 tons, and some Songhua River mammoths of northern China (Mammuthus Sungari) are known to have tipped the scales at 15 tons. So contrary to popular belief, the Woolly Mammoth was hardly “mammoth” in size.

The first fully documented Woolly Mammoth skeleton was discovered in 1799

The first Woolly Mammoth skeleton was discovered in 1799 and was assembled by Wilhelm Gottlieb Tilesius. It was brought to the Zoological Museum of the Zoological Institute of the Russian Academy of Science in 1806, where the relics of the skeleton were put together. Basing his task off of an Indian elephant skeleton, Tilesius was successful in reconstructing the first skeleton of an extinct animal except for one error. He put the tusks in the wrong sockets so that they curved outward instead of inward.

Are you looking for mammal fossils to satiate your fascination about the prehistoric relics? You can check out the wide collection of fossils at Buried Treasure Fossils.