Bet You Didn’t Know These 8 Amazing Facts About Shark Teeth! 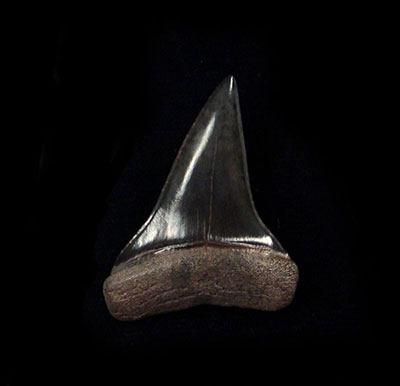 Magnificent predators that are also one of the most powerful creatures ruling over the oceans — enough has already been said about sharks. But, what makes them so deadly, so vicious and, the main villain of a film series that went on to make over $470 million in the seventies? Their razor-sharp teeth, of course!

If you are wondering about what’s so special about their sets of pearly whites, then this blog is for you! Read on for interesting facts about shark teeth.

1) As their teeth don’t have deep roots, it’s normal for sharks to lose some while dining. In fact, sharks can lose up to one tooth per week. But that’s not a cause for worry because another grows back in its place within a day.

2) Some ground sharks shed up to 35,000 teeth in their lifetime! Many believe that sharks have to be killed in order to study their teeth. But this is so not true. Since they lose so many, it’s pretty normal for these to wash up the shores of shark-infested waters.

3) Megalodon teeth overshadow the teeth of other sharks when it comes to size! No other species of shark, whether it’s extinct or living, can match up to it. The Megalodon shark lived 28 to 2.5 million years ago and their teeth fossils are considered to be extremely valuable, with one single tooth costing as much as $3,000.

4) Wondering about the oldest known documentation of fossilized black shark tooth? It was done by Pliny the Elder, a Roman scholar who lived between 23/24–79 AD. He believed that these triangular, strange objects fell on earth during lunar eclipses!

6) If you are an enthusiastic collector, you must have found one black shark tooth or many from beach collecting expeditions. Those that are buried under sediments will absorb the colors of the surrounding minerals. That is why you might find a shark tooth that’s black or brown and perhaps millions of years old!

7) During the time of the Renaissance, it was thought that black shark teeth were actually tongues of dragons and snakes. That is why it was also used as a remedy for snake bites. It was only in 1611 when an Italian naturalist who went by the name of Fabio Colonna identified them as fossilized shark teeth.

8) Shark teeth help us to understand the species better, giving us insights into its evolution and history. As it is often the only part that can last without disintegrating with time, paleontologists and fossil collectors are always on the lookout for such treasures!

Looking for valuable shark teeth from different regions of the world? Check out our collection now!