3 Most Amazing Dinosaur Fossils Ever Found 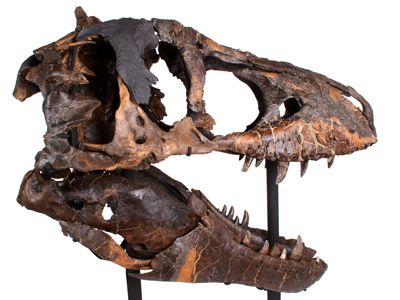 Dinosaurs ruled the planet Earth about 66 million years ago. Despite the extinction, they have not truly wiped out from the ground. Their remains - real bones and fossils - are still buried in the soil, under the sea, and frozen in hundreds of years old ice. While most are discovered after studying the geologic sites where the possibility of their remains are highly likely, many are mainly accidental discoveries.

In this post, we have mentioned some amazing discoveries of dinosaur fossils made by paleontologists.

Locked in combat forever - a fossilized flight between the Velociraptor and Protoceratops was discovered in Mongolia in 1971. The Velociraptor, a terrifying carnivorous dinosaur, has its claws locked around the prey’s neck. While the Protoceraptos, a herbivorous dinosaur, has its bitting jaws wrapped around its predator’s arm. According to paleontologists, a massive land slide killed both creatures and locked them in a forever battle.

Discovered in 1991, Scotty is the world’s biggest T.rex discovered by the paleontologists. According to them, this Tyrannosaurus rex weighs about 19,500 pounds. The skeleton is 65 percent complete and includes the skull, ribs, hips, tail bones, and leg bones. It took more than a decade to remove the bones of this massive dinosaur from the sandstone. Even after the discovery, it took several more years for paleontologists to piece together specimen to study the remains.

Do you believe only fossilized bones are the remains of dinosaurs? Think again. Paleontologists have also discovered dinosaur dung, which is about 65 million years old. For untrained eyes, the dung might look like any other rock, but for paleontologists, these fossilized feces, also known as Coprolites, are a great source to know the lifestyle of these prehistoric creatures.

These are some of the most amazing dinosaur fossils ever found by Paleontologists in human history. If you’re fascinated by dinosaur teeth, claws, and bones, think of owning dinosaur fossils. At Buried Treasure Fossils, you can explore and shop authentic real dinosaur bones for sale.