5 Facts That Hollywood’s Got Wrong About Sharks! 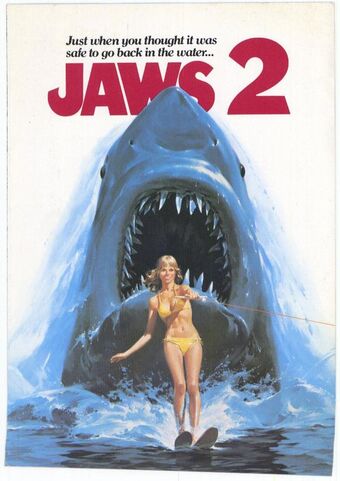 Most of our perceptions about sharks are based on how they are depicted in movies. And, there is no doubt about the fact that we are downright obsessed with predatory sharks given the overwhelming success of movies like Open Water, 47 Meters Down, and of course the American film franchise - Jaws. This can be proven by the fact that so many people have searched “where can I buy shark teeth?” after watching these movies in this day and age!

But, do these movies do justice to these humongous fish? Do these films have their facts right? Um… not really! Let’s have a look at the mistakes most movies have made!

In the climax of a Jaws movie, the great white shark roars in pain when it is attacked by electricity jolts. That’s pretty weird because most species of sharks don’t have vocal cords to produce noise!

The Deep Blue Sea had the predator swimming backward like there is no tomorrow. But in reality, it is impossible for sharks to halt suddenly or to swim backward in a jiffy. They need time to change directions. This is because their vertebra consists of discs and they also have bead-like structures on their spinal cord. While this helps them to move their tail sideways to swim, it limits their ability to turn. In addition to this, stopping for long periods is not an option as they also have to keep swimming to be able to breathe!

3) Their size is exaggerated

Returning to the Jaws movies once more. The size of the great white shark is put forth as 25 feet long. But full-grown ones are usually 19-21 feet long. Also, what about the smaller sharks? They haven’t been represented enough! The focus has always been on the big ones.

4) A solitary shark is not an anomaly!

Most films that feature sharks as antagonists stress on its solitariness as deviant behavior. But this is so not true. While some shark species do come together during certain times of the year, sharks are known to swim solo by default.

Those scenes where sharks go berserk because someone just spilled a drop of blood has us really amused. Yes, sharks do have an acute sense of smell. But that’s not all. They also use their other senses while hunting. In fact, studies have shown that they are comfortably able to hunt even when their sense of smell is deactivated.

So, don’t always believe what the movies tell you! These are just some of the mistakes that we noticed while watching movies about sharks. If you have spotted more, then tell us in the comments section below! Also, if you wondering, “where can I buy shark teeth?” your search ends here. We have a great collection of shark teeth that we know will interest you.