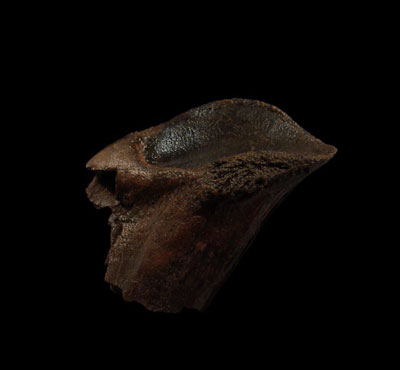 When you hear the word “dinosaur,” what is the first image that pops into your head? Probably that of a ferocious T-rex or maybe one of those other beasts from the Jurassic Park movies.

But is that all that they were?

If popular media is to be believed, dinosaurs were nothing more than scary meat-eating predators. But only about a third of these amazing creatures were carnivores. The rest of them were herbivores.

Dinosaurs remained at the top of the food chain for millions of years, but you cannot forget that there were an estimated 1,000 million dinosaur species that roamed the earth at different periods of time. So, it shouldn’t really come as a surprise that a vast majority of them survived on a plant-based diet.

The herbivorous dinosaurs had teeth and a digestive tract that were specially adapted to their diet. For instance, they had flat teeth that allowed them to grind the plant material.

Read on to find some of the most popular herbivore dinosaurs (in no particular order) that roamed our planet.

A group of four-legged dinosaurs, the Sauropods were, arguably, the most famous among herbivore dinosaurs. They are many times referred as long necks. They existed for around 100 million years. The Argentinosaurus, which is currently the heaviest and longest land animal to have ever lived, was a Sauropod. The Sauropods had incredibly long necks and tails, but their brains were quite small for their size.

The Triceratops horridus was another one of the famous herbivore dinosaurs. Its name means “three-horned face.” It lived in what is now western North America, which was the roaming ground of the T-rex as well. And although it looked as frightening as the T-rex, the Triceratops ate plants, mostly low-lying ferns. In fact, it spent much of its time grazing. At 30 feet long, 10 feet tall, and a 5 feet wide head, it weighed about 5 tons, which is as much as a large Asian elephant.

The Dracorex (Pachycepholosaurus) existed during the Cretaceous period. At 4 feet high and 21 feet long, it wasn’t the biggest dinosaur around. There is, however, some debate about whether it was an herbivore or not. This confusion stems from its teeth, which were quite sharp and had many serrations. Many scientists believe that it could have been an omnivore.

The Diplodocus was named after its double-beamed chevron bones. It was a large quadruped with a long neck and characterized by its whip-shaped tail. Its neck was so long that now it is estimated that the animal kept it parallel to the ground as it couldn’t lift it any higher. Its head was quite small in comparison to its body. It fed on grass, shrubs, and tree leaves.

In addition to these, there were dozens of other dinosaurs from various eras that survived on an herbivore diet, such as the Hadrosaur.

If you are a fossil collector or are simply fascinated by fossils or dinosaurs, we have a vast collection of dinosaur fossils that will surely impress you. Browse through our website to discover fossils, including Hell Creek fossils for sale.