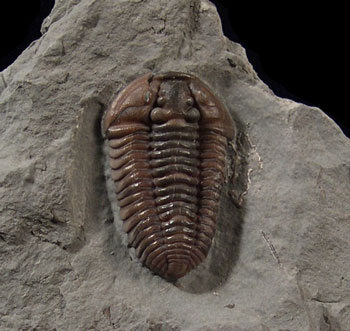 Fossils offer us a glimpse into a fascinating past. The remains of historic and pre-historic living organisms have captivated scientists for their ability to tell the story of times that existed a long time ago. But today, fossils have also become a collector’s delight, with rare fossils fetching hundreds of thousands of dollars in auctions around the world. Are you interested in them too? Then you would definitely like to know these fun facts about them:

1. Bacteria make up the oldest fossils

When we say fossils, the first thing that comes to mind is dinosaurs. Dinosaur fossils are undoubtedly the most popular, but they are only one among the many types of fossils found. In Greenland, scientists found fossilized remains of bacterial byproducts from around 3.7 billion years ago, which were in the form of microscopic graphite particles.

2. Some fossils are only footprints or burrows

While a lot of people consider fossils to be remains of animals, birds or insects, etc., they are not always so. Sometimes, they are made from footprints left behind by animals, which got filled with sand and hardened over time. They can also be fossils of burrows dug by animals in the ground. Such fossils are known as trace fossils.

3. Fossils and fossil fuel are not related

A common misconception harbored by a lot of people is that fossil fuel resulted from the decomposition of large pre-historic animals. Animal or insect fossils are not responsible for the creation of fossil fuel. The oil and gas fuel was created when microscopic organisms called diatoms died in mass numbers, and the carbon from their remains, due to action of heat and pressure, turned into a hydrocarbon fuel. Of course, coal is the product of decomposed plant life from ancient forests.

Find an exciting collection of fossils, including trilobite fossils for sale, at Buried Treasure Fossils.