Things You Want to Know About Fossil Formation 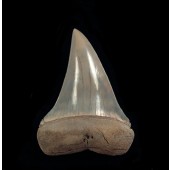 Fossils are one of the best ways to learn about the past living organisms. They are considered as the record of ancient planet and animal existence. Permineralization is the most common process of preserving the organic remains of a previous time. According to the scientists, almost all living organisms can abdicate fossils, but normally the hard parts of animals and plants fossilize. The decay process includes soft organs, skin, muscle, and other soft internal organs. Teeth and other bones are good candidates for fossilization.

xciting fossils of the great white shark, megalodon shark
, dinosaurs, ammonites, trilobites, etc. If you are interested in shark teeth, you can check out our high qualitymegalodon tooth for sale.

Why it’s a rare thing?

Today, we probably have the fossils of only a few living organisms that existed million years ago. There may have been billions of creatures that lived on the planet and we know nothing about them. The adverse conditions on earth may have caused mass extinctions. Literally, hundreds of thousands of species went extinct. In order to be preserved, fossilization had to have occurred. If even one of the fortunate events failed, some species would never be seen.

The process of fossilization:

When an animal or plant dies in water or the nearest area of that source, water insulates the remains and bacteria consume the soft parts while leaving the hardest parts intact.

When time passes, sediments entomb the skeleton and the faster it happens the more likely fossilization occurs. The process continues with the help of land, mud slides and other sediments.

When the sediments start piling, the lower layer becomes compacted due to the upper layer weight. Overtime, the sediments turn into rock.