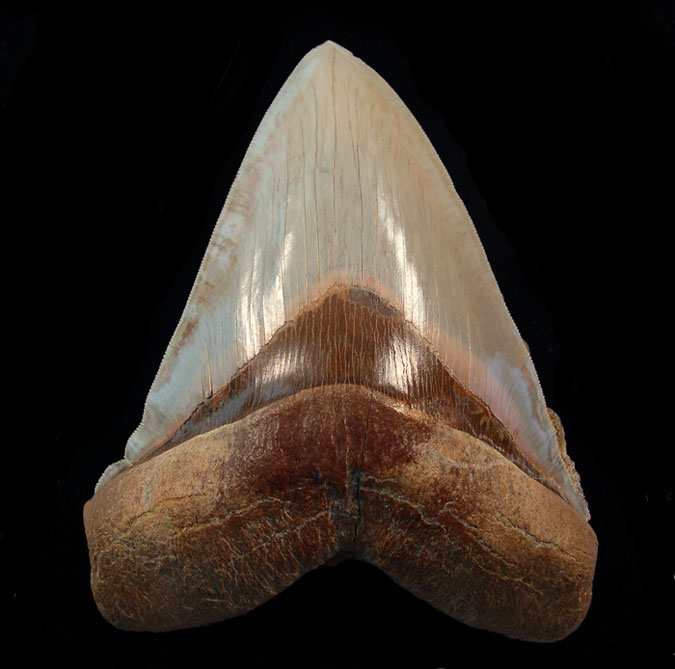 The late Miocene / early Pliocene fossils of the Caldera region of Chile are very special. The preservation of these fossils is incredible with great color and size. Many folks remember the big, top quality Megalodon teeth the emerged in the late 1990s and early 2000s, and then the Great White shark and the rare Great White transition teeth which were finally named as a species in 2012 (C. hubbelli). But there are many other rare, well preserved shark species that were found in the Chilean Bahia Iglesa Fm. deposits. Many Chilean fossil shark teeth represent the best available specimens for their species, and many these species are still available today in small numbers sourced from old hoards or collections. Unfortunately, the export of all Chilean fossils stopped in 2006 and nearly all of the Bahia Iglesa Fm. collecting area is now a national preserve that can only be accessed by universities or museums. Below are my top 10 Chilean fossil shark teeth for every rare fossil shark tooth collection.

2. Great White - exceptional preservation, great color and sizes exceeding 3”!There is no continent where you will not find trilobite fossils. The species varied from each other in many factors, including size and skeletal structure. The biggest one measured almost 28 inches in length while the smallest was less than a millimeter. Some had smooth, convex shells while some had defensive spines.

3. Great White transition teeth - the very rare Carcharodon hubbelli teeth with same great quality, size, and color are found in Chile and to a lesser extent in Peru

4. Megachasma - the Chilean Megamouth fossil shark teeth took the shark tooth world by storm. This species is so rare in the fossil record. There were a few known examples to the collector world from the Lee Creek mine. Then exceptional, large examples came out of Chile. The initial teeth brought incredible prices! Now the teeth are quite scarce, but prices are more reasonable. These are largest and best examples of Megachasma teeth available.

5. Hexanchus griseus - teeth from the Blountnose Sixgill Cow shark are hihjly sought after and perfect examples are quite rare in the fossil record. The Chilean deposit produced more large, top quality specimens than any site. The largest and best examples of Hexanchus griseus teeth that available.

6. Odontaspis ferox - a Sand Tiger shark are present with extraordinary size with extra-long, slender side cusps. The largest and best examples of O. ferox teeth that I have seen.

7. Prionace glauca - the Great Blue shark is always a tough specimens to find in the fossil record. Very rare in the Chile deposit. I sold about 10 in total. Ok, this is a very difficult specimen to find.

8. Echinorhinus blakei - the Bramble shark is another rare tooth which is so delicate that few survive for collections. Rare in the Chile deposit. I sold about 10 in total. Ok, this is a very difficult specimen to find.

9. Pristiophourous lanceolatus - the rostal teeth from this large Saw shark have been found in reasonable quantities. It is rare to see large, top quality Neogene Saw shark rostal teeth specimens.