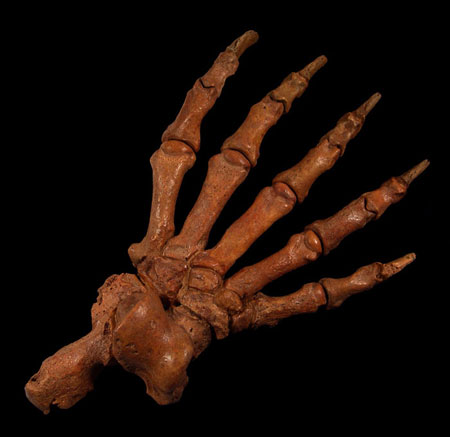 Cave bears died out around 25,000 to 30,000 years ago. Today, they are one of the most widely studied pre-historic species. Scientists have even succeeded in reconstituting their DNA (although it is not enough to clone a cave bear, in case you wanted to know). The animal lived and evolved during the Pleistocene epoch and was intimately familiar to homo sapiens for thousands of years. Here are some more such interesting facts about cave bears that you should know:

Th dietary habits of the cave bear has been the subject of much debate. At almost 10 feet long and weighing 1,000 pounds, the cave bear was quite the frightening-looking animal, but it exclusively had an herbivorous diet. Plants, seeds and tubers were its food of choice. However, some scientists believe that it may also have been an opportunistic omnivore, sometimes feeding on insects and small animal carcasses.

Europe is dotted with numerous caves, where you will find paintings of cave bears on the walls. The animal evolved on the continent more than 100,000 years ago and even shared it with the Neanderthals. It is gathered, mostly from fossilized remains of the animal and cave paintings, that they may have been worshipped by the archaic humans.

According to evolutionary biologists, cave bears and the brown bears that presently roam the earth share a common ancestor, which makes them distant cousins. One of the similarities that brown bears share with their prehistoric cousins is their omnivorous diet.

Unlike dinosaur fossils, cave bear fossils are more commonly available, with skeletons scattered all over the European continent. During World War I, thousands of these fossils were boiled down to produce phosphates to make munitions.

Wish to learn more about these lumbering beasts? Fossils might be able to help you with that. Find authentic cave bear fossils for sale only at Buried Treasure Fossils.