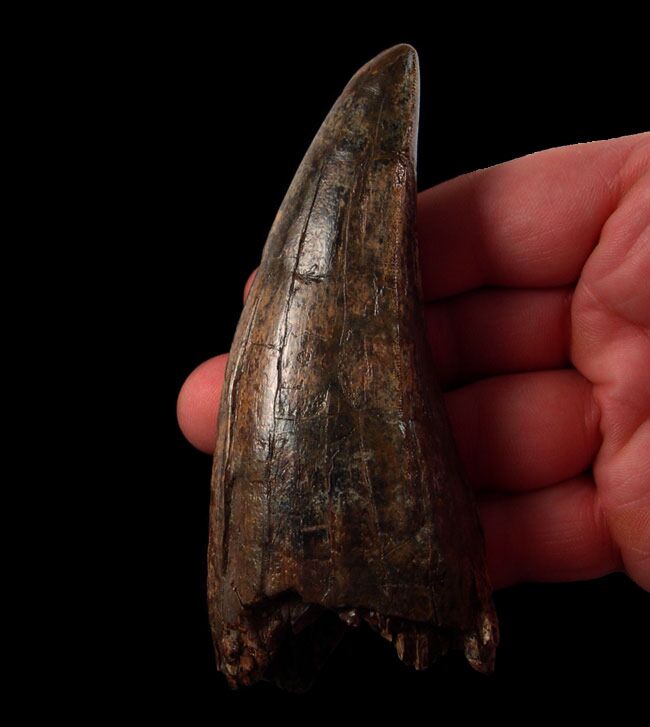 Do you always get reminded of the Tyrannosaurus rex whenever you watch the movie Jurassic Park? With weight of 8 tons, this creature was 40 feet long and 12 feet high, and today is known to be the ruler of their time of existence. Well, chances are that you wonder what it would be like in the Cretaceous period and see the dinosaurs with your own eyes, but unfortunately, not everything we wish for comes true. Obviously, we cannot slide back in the past, but can treasure symbols like a Tyrannosaurus rex tooth from the same era to reconnect to the vibes of the times that seem like a fantasy to us.

Tyrannosaurus rex, also known as the “King of Dinosaurs”, is claimed to be the most tyrannical species among dinosaurs, due to their colossal build and reign of terror. The shivering fact about T. rex was probably their cannibalism. They did not even spare their own species members to feed them and satiate their needs. Their jaws had a gigantic with a set of conical and sturdy serrated teeth. Only one bite from such a jaw would take off big chunks of flesh from the bodies of herbivorous dinosaurs like Edmontosaurus and Triceratops.

Even today, remnants and broken pieces of their teeth are found on digging expeditions at places of their extinction. It would be a fun fact for you to know that people treasure dinosaurs’ teeth, especially the Tyrannosaurus teeth in a manner similar to mammal, sharks, and crocodiles’ teeth collection. With dinosaurs, the availability is limited since the animal is extinct and finding their fossil teeth is challenging and costly.

Fossil teeth and bone collection is a passion for many people. People with such interest can add prized possessions to their portfolio by adding the authentic Tyrannosaurus rex teeth. The collector should know the quality and the origin of the Tyrannosaurus rex teeth. The fascination and fame regarding the T. rex are the teeth is that Tyrannosaurus was the largest of all the theropod dinosaurs in the late Cretaceous. It was the chief reason for their dominance for more than 2 million years. Now, isn’t it enticing to keep a part of that fantastic dinosaur’s teeth in your collection - dinosaur that ruled as the king?

Once a menace, the major credit goes to the powerful jaws of Tyrannosaurus rex which crushed, broke, and ripped as they ate the mighty flesh of other large dinosaurs. A typical T. rex jaw had 60 serrated conical teeth. Although the teeth varied in shape and purpose, their collective function was to not allow their prey to escape their hunger for dominance. Their front teeth were more chisel-like and the rest were for gripping, crushing, and pulling. The side tooth completed the task of tearing. To conclude, the strength of the jaw of this dinosaur gave it supreme power over others.

Today, the love of dinosaur fossils is rising. Everyone wants the best deal offering of well-preserved natural fossils of prehistoric animals. Collecting and displaying fossilized bones and teeth can be a great experience for your upcoming generations to enjoy. Doesn’t it make sense to buy a rare Tyrannosaurus rex tooth before the stocks are depleted, because the supply of new teeth is extremely limited.